Get 10% OFF USE CODE: GL10
Home »News » Remembering the Journey of Sharmila Tagore, the Actress with Beauty and Versatility on her birthday!

Remembering the Journey of Sharmila Tagore, the Actress with Beauty and Versatility on her birthday! 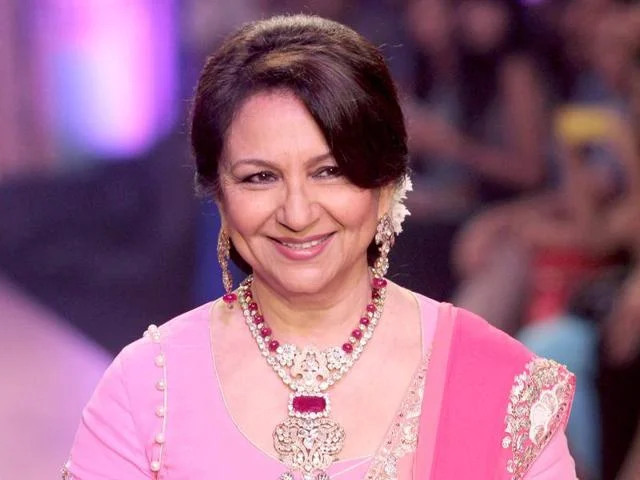 Sharmila Thakur, popularly known as Sharmila Tagore in the Hindi cinema world, is an actress with the most expressive eyes. This was duly recognized by the great filmmaker Satyajit Ray who introduced her in Apur Sansar. The journey that began in 1959 is still going on. With Shammi Kapoor to Rajesh Khanna as her hero, she has the same talent, charm, and performance. On her 78th birthday, let’s have a look at her accomplished career.

Sharmila Tagore was born on 8th December 1944, into a Bengali Hindu family, to her mother, Ira Tagore, and her father, Gitindranath Tagore, who was a general manager in the British India Corporation. She is also related to Rabindranath Tagore from her mother’s side. She was the elder sister to her younger sisters, Oindrila Kunda and Romila Sen, who was the first from the family to enter the cinema. Sharmila Tagore spent most of her childhood in West Bengal, where she studied at St John’s Diocesan Girls’ Higher Secondary School and Loreto Convent in Asansol. She entered the world of cinema at an early age and gave total commitment to her acting career from that point to become successful.

Sharmila Tagore stepped into the film only at the age of 14. Her first ever film was Apur Sansar, a 1959 Bengali film by the legendary filmmaker Satyajit Ray. With her brilliant performance, Ray cast her in several other movies, such as Devi, Aranyer Din Ratri, and Nayak. Her debut in Bollywood was in 1964 with Shakti Samanta’s film Kashmir Ki Kali starring Shammi Kapoor, which features a very popular song, “Yeh Chand Sa Roshan Chehra.” After this film, she gained immense popularity. She continued to work in several other movies by Samanta, starring opposite Rajesh Khanna in films like An Evening in Paris, Aradhana, and Amar Prem. This pair gave numerous box office hits. She also starred opposite Dharmendra, who shares his birthday with her, in films like Mere Hamdam Mere Dost, Chupke Chupke, Ek Mahal Ho Sapno Ka, and Sunny. Some of her notable work includes Choti Bahu, Mere Humsafar, and Faraar. Apart from working in Hindi and Bengali films, she also worked in her first English film , Mississippi Masala, directed by Mira Nair.

Acknowledging her acting ventures, Sharmila Tagore was given the responsibility to chair the Central Board of Film Certification and nominated as the UNICEF Goodwill Ambassador. With a long break from acting career, she is now ready for a comeback on OTT platform.

In 1968, Sharmila Tagore was married to the Nawab Mansoor Ali Khan Pataudi who became the youngest captain of the Indian cricket team. She is a proud mother of the versatile actors Saif Ali Khan and Soha Ali Khan. Saba Ali Khan is her elder daughter who is a renowned jewelry designer.

Sharmila Tagore won her audience not just with her marvelous acting but also with her charming beauty and her almond eyes. Giftalove wishes the beautiful actress a healthy and prosperous life ahead on her 78th birthday.