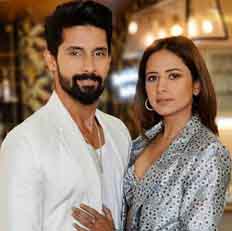 I had placed the order and got it on time, packing was satisfacory, no damages to the cake, the delivery person was good....such an amazing service loved it!!

It was a nice and awesome cake buying experience. I had received the cake on time, the delivery partner was such a nice guy. I am very happy with the taste of the cake, thank you Giftalove.

The quality of the cake is worth satisfying, loved it. I got the same product as shown on the website. Thank you Giftalove, you guys are doing nice work!! Keep it up.

Marriage is a special bond between a couple in which they continue to give love and constant support to each other. They are a pillar of strength for each other and are always there to celebrate special moments and comforting each other during hardships. If you want to send your heartiest Anniversary wishes to such a splendid couple, then add in a lot of spark in their celebration through online Anniversary cake delivery in Bhopal. The special couple who reside there is sure to glee in joy.

You can send your warm Anniversary wishes to the lovely couple residing in Bhopal by sending an Anniversary cake through online Anniversary Cake delivery in Bhopal. GiftaLove is a perfect gifting store where you can find so many mouth-watering cakes and delight your special ones residing there. Our range of Anniversary cakes includes fruit cakes that are embellished with fresh fruit slices on the top as well as fresh whipped cream. You can also send a designer Anniversary cake to Bhaiya-Bhabhi or Parents. The designer cakes are decorated with chocolate pieces, sprinkles, macarons, and other delicious sweet items.

If you wish to surprise your wife on your anniversary, then you the best option is to amaze her with a photo cake that is topped with a photograph of your and her together. To order this cake, you simply need to add a photo cake of your choice from the range and share an image with the website for personalization. That’s it!

Moreover, GiftaLove also has a range of Anniversaries flowers online if you wish to send Anniversary flowers to Bhopal. The website has a lavish range of beautiful flowers such as Carnations, Gerberas, and Roses as well as exotic flowers such as Anthuriums, Birds of Paradise, Glads and many more. So, if you think an Anniversary cake is not enough for gifting, then club it any of the flowers mentioned above and impart the Anniversary wishes from the core of your heart.

Send Anniversary Cakes to Bhopal via GiftaLove to have Flawless Experience

If you wish to send Anniversary Cakes to Bhopal, you can leave it all on GiftaLove. The website is known for providing smooth and tension-free gifting experience to its customers. You can rely on us when you want online Anniversary cake delivery in Bhopal to be done on time as our fast delivery service will get the cake delivered on time. And, you also don’t need to worry about the quality and taste of the cake. Our cakes are baked using the finest baking ingredients. Furthermore, the cakes, as well as flowers, are always freshly delivered to the customers, so have no doubts about that!

Q Do you provide special delivery services for Anniversary cakes?

Yes, GiftaLove offers the following delivery services of Anniversary cakes as well as other gifts available on the website: -

Q Do you have eggless Anniversary Cakes?

Yes, there are lots of Anniversary cakes available in our Eggless Cakes range. You can also convert a cake of your choice into an eggless variant by paying just a little amount.

Q What are the payment options accepted by the website?

Following are the payment options accepted: -