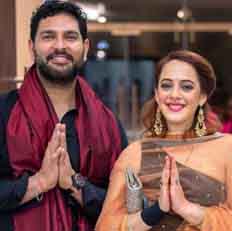 My grandparents celebrated their 60th, and I got them a photo frame of the entire family. The dimensions were perfect, and delivery was hassle-free.

I ordered these cupcakes for my kids’ party and they enjoyed them! The flavour was top-notch! The presentation was extraordinary!!

Anniversaries are the special moment in a couple’s life that denotes the number of years that have passed in their marital journey. It is a very important occasion and it should be definitely celebrated with a delicious Anniversary Cake as a cake is an epitome of a marvelous celebration. You can even surprise your Parents or Bhaiya-Bhabhi or a couple in Chennai who are about to celebrate their anniversary by sending a delectable Anniversary Cake to them. Doesn’t this gift idea sound unique? If you are wondering about how to do this, then the answer is online Anniversary cake Delivery in Chennai. Through this, you can make your presence be felt there, even when you are apart from them due to some urgent office work or for higher studies.

Send Delectable Range of Anniversary Cakes to Chennai from GiftaLove

Sending Anniversary gifts online is pretty easy if you compare it with the traditional method of gifting, which would become a hassle for you if when you were to send Anniversary Cakes to Chennai. Now, you can easily send cakes as well as other items within just a few clicks.

GiftaLove is a popular gifting portal where you can find a wide range of gifts online. The website also has an extensive range of Anniversary cakes that you can send to your Parents, Close friends, Bhaiya-Bhabhi or any other couple whose Anniversary is approaching.

Through online Anniversary cake delivery in Chennai, send some delectable cakes such as chocolate, butterscotch, vanilla, red velvet, fruit cakes and many more. These cakes also come in various designs and types, so that we feel bored with the regular kind of cakes, you can choose these ones. Our special cakes include fondant cakes, heart-shaped cakes, cupcakes, etc. You can also send Anniversary cakes to Husband to give them a wow feel. These are photo cakes that can be customized with photographs.

If you are looking for a special way to celebrate your very 1st, 2nd or maybe 20th anniversary with your darling hubby, then order in an Anniversary Cake in Chennai and make him feel on top of the world.

What are the Benefits of Choosing GiftaLove to send Anniversary cakes to Chennai?

Choosing GiftaLove for online Anniversary cake delivery in Chennai comes with various advantages such as:

So, send Anniversary gifts to Chennai or anywhere in India and convey your heartiest wishes to them even when you are farther apart from them.